In 2015 I am working as one of four Q ANZAC Fellows at the State Library of Queensland.

The full title of my Q ANZAC 100 project is “Queensland Community Thinkers and their Social-Political Formations during World War I: Passion and Reason for War and Peace 1914-1919.”

During World War I, in Queensland, as elsewhere, there was a sizable portion of the community who thought on how they felt about various wartime circumstances: excitement, fear, grief, lost, and relief. In that intellectual process there were community leaders who sought to explain, justify, and resist the war. There were also significant narratives for what peace would mean in the aftermath of ‘The Great War.’ Dr John Moses’ work on Canon Garland and the formation of the ANZAC tradition is a pertinent example. There is, however, a need for today’s Queensland communities to be able to access the wider view on the socio-political formations in this era. Although particular events will be noted in narratives from the historical research, the focus of the project are the thoughts and emotions across different sections of the Queensland population on the subject of war and peace; to assert what were the diversity of opinion and the shifting attitudes. The project can achieve a better understanding of wide-ranging view by looking at the debates between Queensland political and community leaders; for example, David Garland, Digby Denham, Peter Airey, John Fihelly, William Finlayson, and Emma Miller. Much of the debate, as well as the narratives of the time, spoke of the Queensland context, but its roots lay in global intellectual discourses on war and peace, particularly in the United Kingdom and the Commonwealth, but also elsewhere. What is significant is that reasons and passions on war and peace pulled together beliefs around other social-political formations, on class, race, ethnicity, religion, and national identity. These were not intellectual concerns removed from ordinary Queenslanders, then or now. 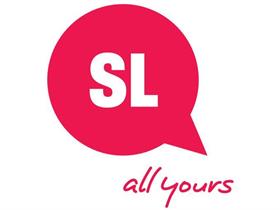 Outside of work completed by conservative historian John Moses on Canon David Garland and the Queensland ANZAC Committee, and that of radical historian Raymond Evans on the Red Flag Riots of 1919 and the backlash of militarized nationalists, there is still an extremely poor perception in Queensland historiography of the society as agrarian backwater with no intellectual history which connects with the lives of ordinary Queenslanders.

Although much is known about Queensland military contribution and home front support, little is understood about a range of deep emotions and thoughts from Queenslanders who were trying to work out the meaning of war and peace during these tumultuous times. Debates and arguments have been captured, from the Left, on the conscription debates, and from the Right, on the emergence of the ANZAC tradition, but this project will demonstrate that in Queensland there was broader and substantial consideration of beliefs and ideas, whether they are patriotic or dissenting.

The focus in the research are documents pertaining to key Queensland community leaders who debated the issues of war and peace during the years 1914-1919, using the sources in the John Oxley Library.

The research would broaden out through other documents from other Queenslanders, with a broader search period 1890-1940. Material before and after World War I will often have references to perspectives which illuminate the accounts made during the period 1914-1919.