Are you being diverted from what really matters! Understand the history! …globally!

June 7, 2020
Friends, do not be distracted by the diversion fallacies, currently going around social media, about what is at stake in our contemporary history.     It is wrong to not to take a stand when it is so blatant that a great wrong has been committed. Those who do wrong need to be held accountable […]
Jump To Section

Friends, do not be distracted by the diversion fallacies, currently going around social media, about what is at stake in our contemporary history. 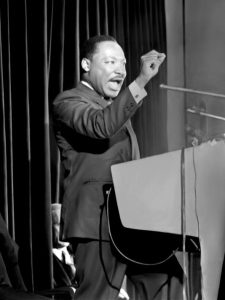 Mlk At Grosse Pointe (citation below)

It is wrong to not to take a stand when it is so blatant that a great wrong has been committed. Those who do wrong need to be held accountable by law. The political ‘leadership’ which makes devious attempts to avoid systemic crimes being stopped in a fair and decent justice system need to be held politically accountable.

This is true in Australia, as it is in the United States of America, as it is across the globe. The global public uproar you are seeing is because of the falseness of neo-conservative politics in the last forty years which has done everything it could to prevent fundamental and just structural change in society. And a very large number of philosophical liberals in this country agree (Australia). Be very wary of the dishonest or ignorant politicians who hide behind polite language and self-righteous moralism.

“Secondly, we’ve got to get rid of two or three myths that still pervade our nation. One is the myth of time. … we must come to see that human progress never rolls in on the wheels of inevitability, it comes through the tireless efforts and the persistent work of dedicated individuals … and without this hard work time itself becomes an ally of the primitive forces of social stagnation. And so we must always help time and realize that the time is always right to do right.”

But understand what is being said fully:

“Our language, our music, our material prosperity and even our food are an amalgam of black and white, so there can be no separate black path to power and fulfillment that does not intersect white routes and there can ultimately be no separate white path to power and fulfillment short of social disaster without recognizing the necessity of sharing that power with black aspirations for freedom and human dignity. We must come to see. . .yes we do need each other, the black man needs the white man to save him from his fear and the white man needs the black man to free him from his guilt.”

“John Donne was right. No man is an island and the tide that fills every man is a piece of the continent, a part of the main. And he goes on toward the end to say, “any man’s death diminishes me because I’m involved in mankind. Therefore, it’s not to know for whom the bell tolls, it tolls for thee.” Somehow we must come to see that in this pluralistic, interrelated society we are all tied together in a single garment of destiny, caught in an inescapable network of mutuality. And by working with determination and realizing that power must be shared, I think we can solve this problem, and may I say in conclusion that our goal is freedom and I believe that we’re going to get there.”

And the ultimate point for those who are so deaf in their diversions:

“To put it in philosophical language, racism is not based on some empirical generalization which, after some studies, would come to conclusion that these people are behind because of environmental conditions. Racism is based on an ontological affirmation. It is the notion that the very being of a people is inferior. And their ultimate logic of racism is genocide.”